A Graceful Death - No. 1 in the Lowenna series 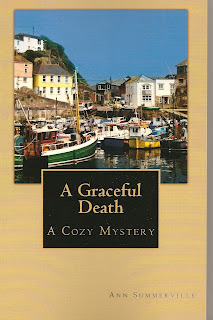 Giovanna Matthews has an acceptable life in London with her own flat, a good job, and recent engagement to the son of a Scottish landowner.  But not long after her engagement to Alan, news of Aunt Grace’s death hits Giovanna like a red double decker bus.  Ignoring Alan’s pleas to stay, she bundles her dog and suitcase into a rusty Volkswagen and drives to Aunt Grace’s cottage on the Cornish coast where Giovanna had spent childhood summers with her cousin.  Putting her aunt’s affairs in order is further complicated when Giovanna discovers the local constabulary has its own view on Aunt Grace’s demise - A view that Giovanna vows to challenge.  Unless she can discover how her aunt died and find her missing cousin quickly, she stands to lose both her inheritance and Alan.

Like the old harbor wall, Giovanna’s feet sink into the sand and it becomes more difficult to leave a village where she is accepted as part of their “family.”  There’s Mrs. Penrose with her flyaway gray hair and floral wardrobe; The sensible Mrs. Trewellyn who owns the grocery store; Holly, a long time friend and confidant; and Miss Brea who learned to drive in her retirement years.  Self-centered, Alan threatens to break off their engagement if Giovanna doesn’t return to .  Should she stay and solve the mystery surrounding her aunt’s death or return to fiancé?

High Tide - No. 2 in the Lowenna Series 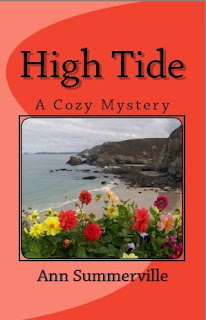 Giovanna Matthews settles happily into the English west country village of Lowenna, but a storm is about to rock her world. Distressing the ladies from the knitting circle, a body drifts in with a high tide. Unconvinced the death is an accident, Gia leaves no pebble unturned while sleuthing her way around the village. Her delving further disrupts village life much to the distress of many villagers who want every rock to stay firmly in place. Meanwhile, her boyfriend, David, has an unwelcome visitor who threatens to unravel the bonds that tie him and Gia. Can Gia solve the mystery and encourage the visitor to leave before her anchor in the village is uprooted and she too is cast out to sea?


Gwinnel Gardens - No. 3 in the Lowenna Series 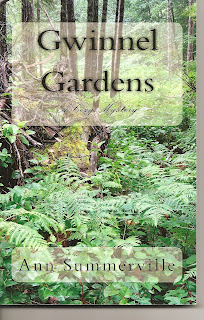 It wasn’t unusual for retirees in Lowenna to succumb to death during the winter months in Lowenna, but while Gia and her friend, Holly worked on restoring the overgrown Gwinnel Gardens, they noticed that there were an increasing number of services at the crematorium in the valley. After hearing the President of Gwinnel Gardens had died unexpectedly, Gia dug in her heels and decided to investigate. After all this was a great way to avoid plans for her upcoming wedding which everyone seemed to have an idea of what she should wear. But unless she found out quickly who was behind the sudden deaths, would someone close to Gia be the next victim?


Trouble at the Manor - No. 4 in the Lowenna Series 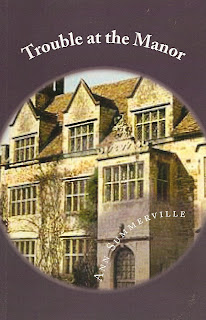 In the quiet village of Lowenna on the west coast of England, a local police constable patrolling the harbor area finds a body covered in foam. Gia is the first to identify the victim who is from a small hamlet on a manor estate which is being pursued by investors. Gia has suspicions that the two events are connected, but while she investigates the murder, she also has deal with something more personal, something that may unhinge her marriage.


Mermaid's Bane - No. 5 in the Lowenna Series 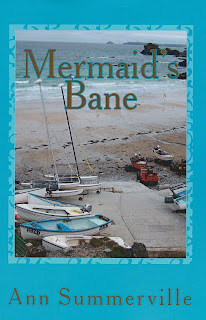 When Flora, one of the ladies in the Lowenna Knitting Circle, dies suddenly it puts everyone on edge. The woman the Circle refers to as The Mouse, surely didn’t have any enemies, but is there more to Flora than meets the eye? And why are women who wear a mermaid pendant suddenly in danger? Gia can never miss an opportunity to uncover a mystery, but she has much more to contend with - her pregnancy, and the possibility of neighboring shops to Lowenna Antiques closing.  And then there’s a newcomer who gathers bouquets of flowers – some of which are known to kill!